The redevelopment of a site in Willow Walk was undertaken by the team at PRP London. We needed to find products that were sympathetic to the local area and at the same added a fresh, vibrant feel to the new building.

The scheme consisted of a mixed development with some social housing and some for private occupation. Areas of enclosed social space needed to be well lit and bright, whilst the elevations facing Willow Walk needed to be broken up with an interesting detail. 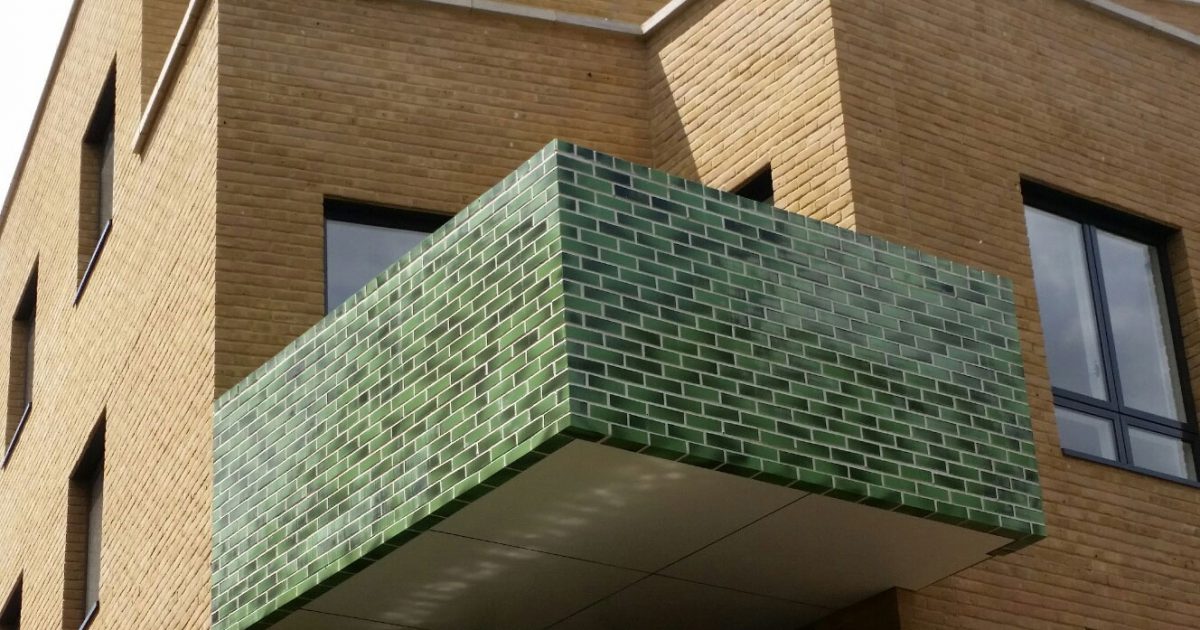 The brick used on the main façade was a traditional London yellow stock brick with sanded texture, multi fuel spotting and patches of a light pink hue which could occasionally be seen in the brickwork. This is a brick from a local factory that has been supplying London and the South East for over 120 years.

To liven up the façade the architects decided to use a multi tonal green glazed brick. Brick specials were required to create the balcony copings and planters that run around the foot of the two main blocks. The green was broken up with a layered effect which represented a more natural looking product.

White Concrete bricks were used in the covered court yards to reflect the light from above. The lower cost of the courtyard bricks helped to offset the higher cost of the glazed bricks used on the balcony.

The resulting scheme is one which offers interest and character. The existing planting around the site has tied in beautifully with the green glazed bricks. The London Yellow stock bricks feel at home in this area which is a mixture of residential and industrial, much like Victorian London. The white bricks feel natural and reflect light into the social spaces, where residents can sit by the flower beds and chat with neighbours.

A simple design with creative brickwork make the project a success.