The area surrounding the Historic Royal Arsenal in Woolwich was identified as a site for redevelopment. Berkeley Urban Renaissance took up the challenge and worked with a number of architects to produce various schemes that would retain their own character, work well with the Historic and Listed Buildings and provide an interesting place to live.

The main red brick for the building had to have a crispness that would work well with the blue engineering brick and a soft tone that could reflect the age of the buildings in the immediate area.

The brick used is a wonderful handmade textured stock brick with a red tone, soften by flashes of multi fuel burn and firing patterns. The bricks were made at a local stock brick factory which also helped with the Code for Sustainability.

The time spent on site and with the architects was lengthy as careful consideration was given to the relationship between all materials on site. Allies and Morrison were acting as Master Planners on the scheme and paid particular attention to the mock up wall section that was built prior to the build.

This type of sample has become the norm on large projects, where whole sections of window, balcony and all façade materials are put together to make sure they all work well together. 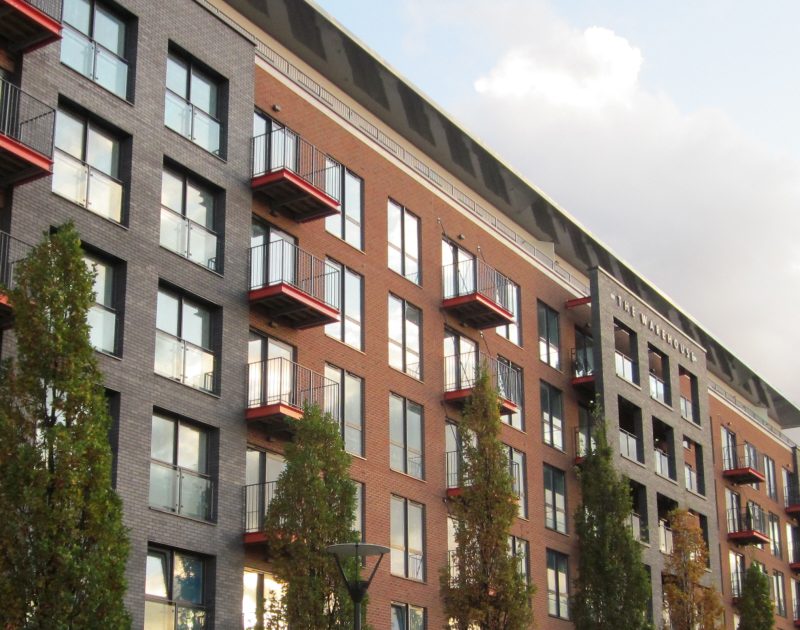 The scheme is a success. This is a large building, but the careful Warehouse style design with large balcony doors and full height windows, help to make the building sit well in the setting. Brick slips were used internally to add to the feel of a building that had been converted rather than built, but there was no doubting the high quality and modern standards of the apartments.

Berkeley Homes and Urban Renaissance continue to develop the Royal Arsenal and will incorporate the Crossrail Link under one of their buildings.